[T]he OECD leading indicator fell 0.3% in November, the 8th decline in a row, and it now stands at its lowest level since November 2009 — when nobody was even certain that the global recession was over! Only Russia, China and Canada (!) escaped a decline (all stagnated — in this economic climate, flat is the new up). Europe was by far the weakest (-0.7%) but the U.S. is also showing signs of fraying around the edges (down 0.1% and negative now for seven months running). Don’t make the 2008 mistake of confusing decoupling for lags. The European recession back then lagged the U.S. by one to two quarters and we would not be surprised to see this work in reverse this time around. 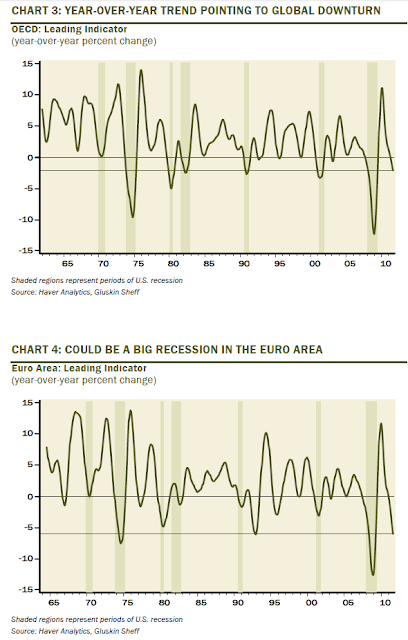