Temperatures of North Atlantic “are unprecedented over the past 2000 years"

Via DeLong:... derived from “planktic foraminifers in a sediment core.... This astonishing warming in the past century is clearly not, as the anti-science crowd likes to say, some sort of recovery from the so-called Little Ice Age (see “A detailed look at the Little Ice Age“), which, in any case, is barely noticeable in this data. 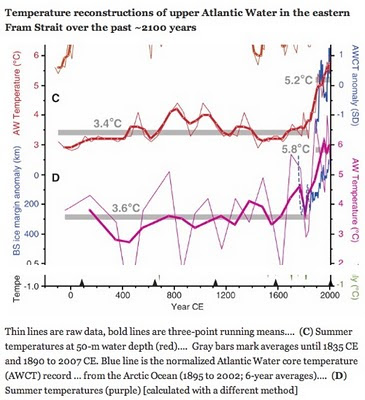 What was it they called it in Nazi Germany?  Wait! Obama's a Nazi! Well... There you are!
Posted by ibilln at 7:24 AM