Rosenberg Daily - Housing news a bit better but not by much

However, there is still a huge backlog of empty homes for sale in the U.S. — 1.934 million units in total (though it is somewhat encouraging that they are down 15% from the 2008 Q1 peak). But, this level is still almost double the pre- bubble average. Then tack on the over 3.5 million vacant units being held off the market for “unspecified reasons”, which is more than one million units above normal levels. [Bill - Then tack on the 7 million waiting to be foreclosed]

Meanwhile, the homeownership rate continues in its mean-reversion process — down four quarters in a row to 66.7% in Q3 from 66.9% in Q2. The cup-is-half- full crowd would point out that that we are now about halfway to the pre-bubble norm of 64-65%. 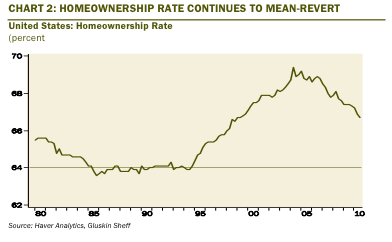 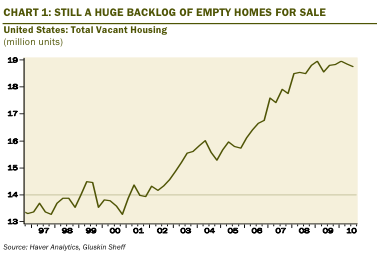