---From Rosenberg, ibid
...for those who believe that at some point the economic fundamentals will come to dominate the landscape, it may pay to gaze at the charts below that depict the current economic cycle relative to the average of its predecessors. These charts show everything from real GDP, to real final sales, to employment, to industrial production, to retail sales, to housing and it is plain to see that this goes down as the weakest post-recession recovery on record despite the fact that it is being underpinned by the most intense level of government support on record. That indeed is cause for pause. 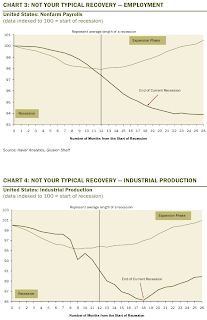 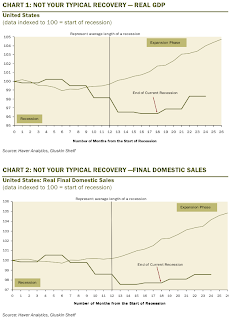 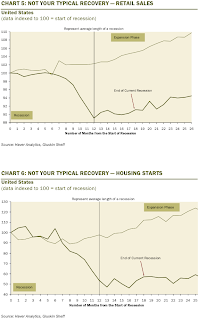